Thanks to YouTube, I found some really great, inspirational videos by people who totally defy the Stereotypes of A Person Who Does Not Drink, and I wanted to share them here. These people do a really good job of making it sound a lot cooler to NOT DRINK, than to drink!  (By the way, if you'd like to see a list of Celebrities who don't drink, just click HERE). 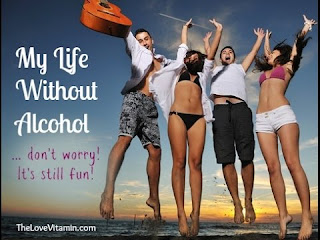