One more reason I'm not a fan of Lactulose... it can raise your INR! (Big factor in your MELD score)

7 years after my husband's initial diagnosis, I am STILL learning things about cirrhosis that surprise me. And I do a LOT  of research, people. Seriously, I've spent soooo much time in front of a computer, looking things up, sometimes I feel like I have no life. And yet, I STILL find new things that surprise me about cirrhosis. It truly blows my mind, how much cirrhotic patients and their loved ones are left in the dark about what's going on with their own bodies, and the side effects of their medications. And the lack of useful information that is shared with us!

I was doing some research tonight on blood clotting, and I came across this article / PDF in a google search.  I almost clicked off it, because it was a PDF and I was feeling impatient and just didn't feel like waiting for it to download and open (it didn't seem to be the information that I was looking for on coagulation, anyway). Plus, it looked like it was a list for senior citizens (I say that as if I'm soooo far away from being one myself, but it's less than 2 decades away!).

Well, something told me to go back and just have a look at it, because I knew there would be a list of different medications that could increase a person's INR (your blood's ability to coagulate - which is a MAJOR factor in your MELD score - please see the study on THIS PAGE, when you have time).

Anyway, I was just about to click off the google search page I was on, thinking, well that page is mostly just for seniors.  There is STILL a naive part of me that thought, surely there wouldn't be anything alarming on that list that a doctor would give to a cirrhotic patient.  And then there's the other (burnt) part of me that said, well, maaaaaybe it's worth having a look, because there's a chance you're going to see something on that list that you're going to want to share with people, and chances are good that at least one person who reads the post is going to be on that medication.

But I really did NOT expect that LACTULOSE was going to be on that list!  I just couldn't believe it!

I'm not saying that lactulose is a "bad" medication or that anyone should stop taking it. Taking lactulose is WAY better than, say, crashing and totaling your car because you just went catatonic behind the wheel (what happened to my husband when his doctor didn't prescribe lactulose).

But... I feel like, cirrhosis patients should know about these side effects, because in my opinion, the ultimate goal is to get off your medications over time (as you get well, of course, and your body no longer needs them).  I've found other things that have similar benefits to what you can get from lactulose (without the dangerous side effects), and just about everyone I've talked to, tends to HATE how they feel when they're on lactulose. I've heard so many people complain of gas, nausea, bloating, spontaneous pooping and farting, etc.. 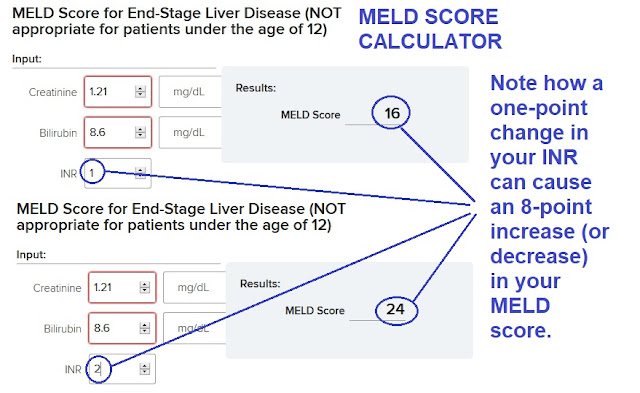 If it was ME, personally, who had cirrhosis, I would be trying to get off lactulose ASAP (PROVIDED that it was clear that my ammonia level was LOW, and I felt very clear minded, and of course, I should state that you should check with your doctor). The water I keep talking about has a similar effect to lactulose, in that it actually activates hydrogen, and it also cleans a person's colon out really well (like lactulose does, only better). So, sometimes I really have to wonder why we aren't given better alternatives.

If I was trying to get off lactulose, personally, I'd DEFINITELY be taking probiotics, since they're known to reduce the risk of encephalopathy by up to 50%, and they also help things to move out of your digestive tract. There are a bunch of other things I'd be doing, as well, but those are the main ones.

I also want to share this with you... I just learned tonight, from this same PDF showing the "lactulose warning" - that GREEN TEA is another one of those things that can LOWER your INR.  It's funny how they make it sound like it's a BAD THING, but that's mainly just bad IF you're taking Warfarin (or your blood clots too much). So for a person who isn't clotting well, green tea could be a really GOOD thing!  So much of good health is about just being able to bring the body back into balance.

To report a case of the inhibition of the effect of warfarin by green tea.

A 44-year-old white man was receiving warfarin for thromboembolic prophylaxis secondary to a St. Jude mechanical valve replacement in the aortic position. The patient had an international normalized ratio (INR) of 3.20 approximately one month prior to entering our clinic, and an INR of 3.79 on entering our clinic. Twenty-two days later his INR was 1.37. One month later the patient's INR was 1.14. It was subsequently discovered that the patient began drinking one-half to one gallon of green tea per day about one week prior to the INR of 1.37. On discontinuation of the green tea, the patient's INR increased to 2.55.

Warfarin is a highly effective oral anticoagulant, but it requires close monitoring to prevent complications. Patients receiving warfarin need to be routinely questioned about their intake of vitamin K-containing foods and beverages.


What is a normal INR?
Here's what came up in Google:

In healthy people an INR of 1.1 or below is considered normal. An INR range of 2.0 to 3.0 is generally an effective therapeutic range for people taking warfarin for disorders such as atrial fibrillation or a blood clot in the leg or lung.Nov 6, 2018

Doctors REALLY DO NOT LIKE to lose control of their ability to MONITOR YOU.
I guess I do understand this. If you're going to go and see them, they feel like they need to guide you, and they can't do this as easily if you're doing all kinds of thing that are "off course" from what they're used to seeing. But I still don't think patients should be left in the dark, to the degree that they are.


Had to share this with you guys. Hope this helps.

Posted by Healing Liver Cirrhosis at 12:27 AM